Recently I read an article on HN on how to Get 100/100 Google Page Speed Score, and wondered how high score I can get with my online text editor/IDE ...
The editor is a web app with lots of JavaScript, so it's quite heavy compared to normal web sites.

What I started out with

Google uses page speed to sort search results, so improving the score would be good for Search Engine Optimization (SEO).

Lets fire up Chromium dev tools and the Performance tab to see what's going on ...

That's around 1000ms (one second) to load the app, which isn't bad, but it's idle for ca 700ms, and we can probably do something about that.

If you look at the waterfall we can see that the browser loads six files at a time, as the editor has a lot of JS files, that's a lot of time wasted.
I also tested it in production where HTTP2 is enabled, but it still looks like the waterfall, although smoother.

Let's inline ALL 102 JavaScript files into index.htm and see if we can get rid of the idle time (which is probably caused by network latency) ... 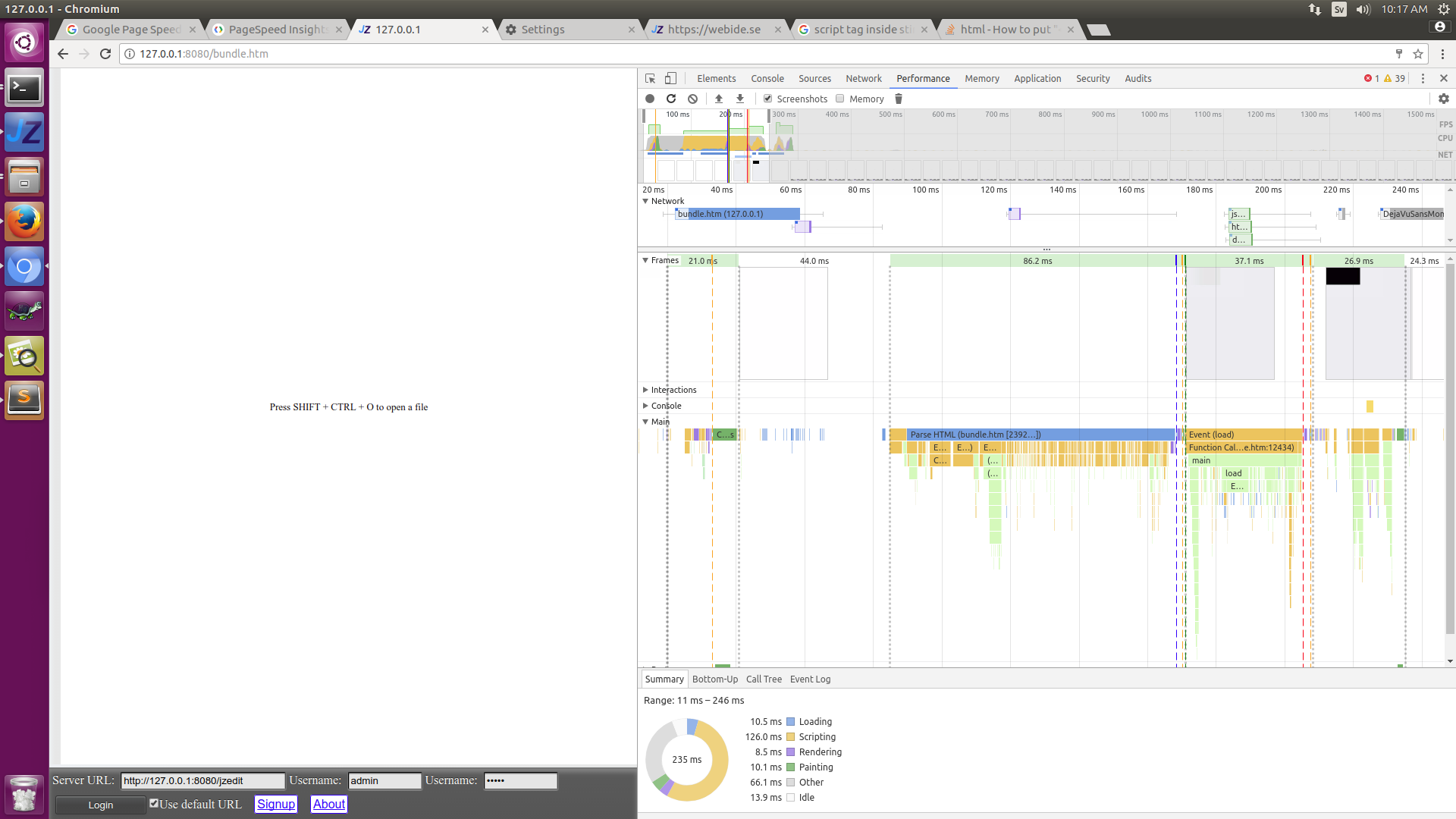 It already beleaves the JavaScript is minified because the first of the 102 scripts is minified, while the rest is not.
Lets see what happens with the load time if we do minify all of the JavaScript's ...

This is the Nodejs script I use to make the bundle:

That tiny CSS file is still slowing us down though, as the app needs to wait for it to render.

Inlining CSS requires some extra work as we have to change all the relative paths ... What else can we do ?

There's a JavaScript file that dynamically loads a font. Lets see if not loading the font will improve things:

There's also a JavaScript that loads three icons that are never displayed, lets see if not loading those have any effect ...
Idle time and total load time went up ca 40ms, not as expected.

I made this Nodejs script to do the inlining, same as above, but also inlines CSS. It doesn't minify the CSS or HTML, but there's modules for that, so it shouln't be that difficult to add.