It's said among my peers that a todo-list is hard to do without a framework. So I decided to make one in vanilla (no framework, just normal) HTML, CSS and JavaScript.
You can see it in action below ... View the source code!! ... Then compare it to how it would look in React (a popular JavaScript framework), in the image below, print-screened from react homepage. 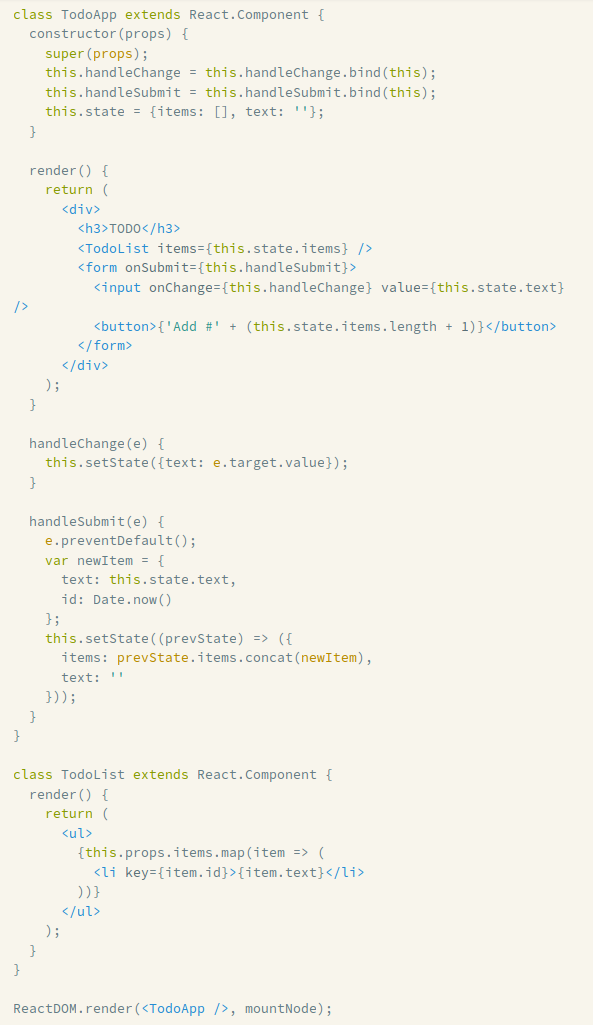 I'm targeting React here, because it's very popular and considered "the best" framework among my peers. But my rant could be about any framework.

What is a programming language?

My definition of a programming language is something that requires compilation. And as React has a compilation step, I do not consider it as JavaScript, even though it compiles to JavaScript. It really is it's own language. And it's not only a different programming language, it's a sort of virtual machine that runs a virtual Document Object Model (DOM). So it adds two extra layers of abstraction/complexity, that slow down performance.

You want to control main

What if the company that made your framework stops supporting it, or make a new version, or drops support for your code ? It's then up to you to rewrite your code, or work around bugs and issues with your current version of the framework.

If you want to do something outside "the frame" of your framework, it will be like swimming upstream, or not even possible.
If your project will be long lived, best practises will change, and new API's will be developed, which might not be supported by the framework.

It will be hard to replace the framework without rewriting your whole application.
If you do not use a framework, you can continuously adapt, and rewrite in small steps.

And the framework might lock you into a proprietary ecosystem. While the framework is free to use, you might have to pay licenses for the platform and special tools needed.

https://zäta.com/rss_en.xml (copy to feed-reader)
or Github: